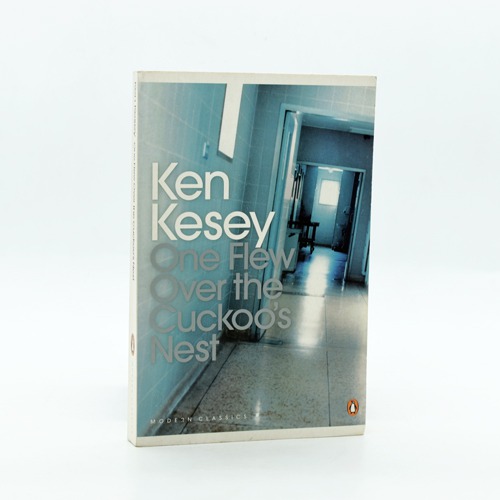 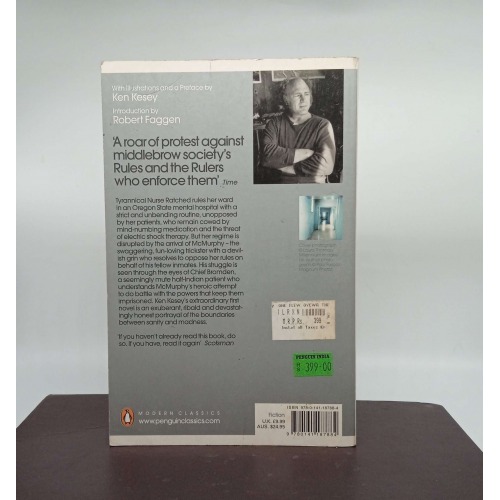 One Flew Over the Cuckoos Nest by Ken Kesey

Tyrannical Nurse Ratched rules her ward in an Oregon state mental hospital with a strict and unbending routine unopposed by her patients, who remain cowed by mind-numbing medication and the threat of electric shock therapy. But her regime is disrupted by the arrival of McMurphy- the swaggering, fun-loving tricker with a devilish grin who resolves to oppose her rules on behalf of his fellow inmates. His struggle is seen through the eyes of chief Bormden, a seemingly mute half-Indian patient who understands McMurphy`s heroic attempt to do battle with the powers that keep them imprisoned. Ken Kesey`s Extraordinaryfirst novel is an exuberant, ribald and devastatingly honest portrayal of the boundaries between sanity and madness.